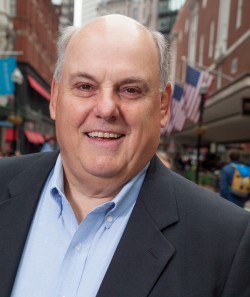 Michael D. Testa Sr. joined the Downtown Boston BID in 2011. As the Pedestrian Zone and Special Events Operations Manager, he manages the BID's robust entertainment schedule, which includes recruiting, auditioning and organizing all performances. He is the BID's liaison to utility companies for projects occurring within the BID. Previously, he was the Executive Director of Operations for the BID's predecessor, the Downtown Crossing Partnership. Michael also previously worked for the Department of Conservation and Recreation as the Director of Community Service and Special Events, as well as the City of Boston's Mayor's Office as the Director of Special Services and Events. Michael has a BS in Speech from Emerson College, and an MS in Television Production from Emerson College.